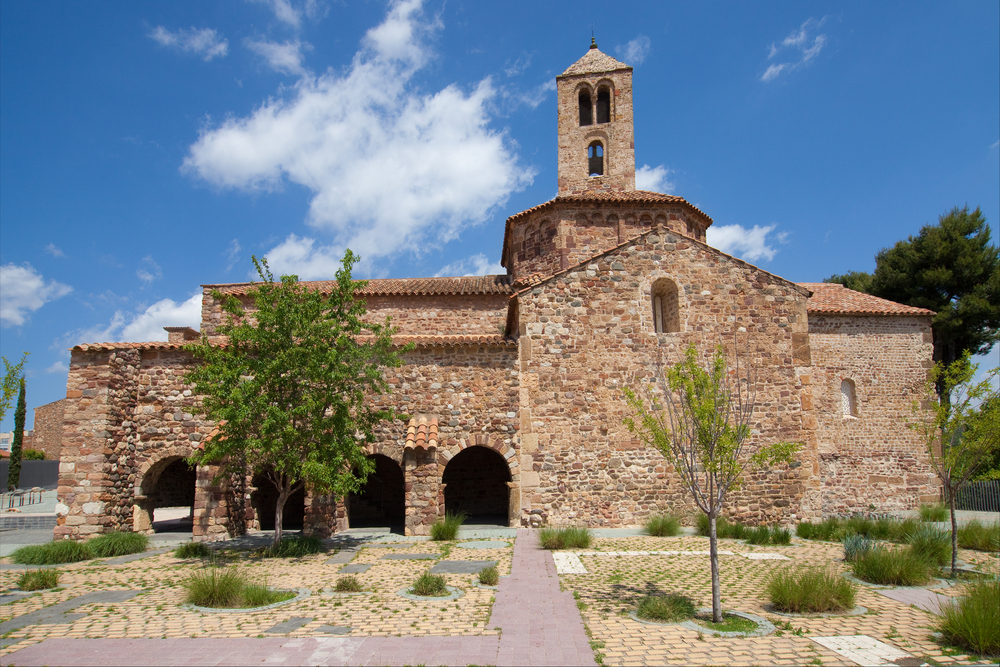 Sabadell is a city with many draws for tourists: monuments, restaurants with delicious food… But why spend your entire vacation in the city? Hop in the car and take a trip to Terrassa!

Discover what to visit in Terrassa

It’s just 21 minutes away by car, and if you like to discover and learn about honest to goodness marvels of architecture and history, it’s the perfect place to spend the day. Here, we’ll describe for you the best monuments and places to visit in Terrassa.

All the travel guides and experts on the subject agree that the first thing you have to see in Terrassa is the Seu d’Ègara. Ègara was a Roman town in Hispania over which the modern city was built, and the Seu is a monument complex, a set of the churches of Sant Pere, which was constructed in the year 450.

There, you can see the old cathedral and baptistery, the funeral temple and the parish temple. Plus, Roman mosaics and columns are still preserved there from the Visigoth era in Europe.

Terrassa has a past that is closely linked to Visigoth and Roman culture. But you can also find buildings in the modernist style, as in the case of Masía Freixa, which is located in Parque de Sant Jordi park.

With so many historical monuments all throughout the city, why come to this place? Well, what’s peculiar about it is that, despite looking like a house, it was actually built to be a factory, specifically a spinning mill. In those days, it was built in the middle of a field, which is why it’s called masía, or farmhouse. Of note are its parabolic arches inspired by the work of Gaudí, the great white tower that emulates a minaret, columns that simulate the appearance of trees, glass on the roof that sparkles in the light … A unique piece of architecture.

There are those who say that you can see the sea in Terrassa. Now, you might be thinking, with the city so far inland, how is that possible? It’s because it isn’t a sea of water, but of bricks and windows! The Museo Nacional de la Ciencia y de la Técnica de Cataluña has a novel design in which the windows on the roof take the shape of waves.

In order to appreciate this sea of glass waves, you’ll have to go up to the museum’s lookout, next to the café-restaurant. Entry to the lookout is free. This building, the work of Lluís Muncunill i Parellada, was built as an 11,000-square-meter factory. However, it has since been converted into the Catalunya National Museum of Science and Technology, where you can see old machinery, some of it still operational, and follow the route traveled by the wool as it was being processed.

In addition to Masía Freixa, there is another modernist-style building that we suggest you visit: La Casa Alegre de Sagrera. It is one of the best examples of a modernist bourgeois residence in the city.

When you arrive, you’ll find a complete residential complex, but only one house can be visited because it has been converted into a museum: La Casa Alegre de Sagrera. It was built in the early 20th century, in the year 1911 to be exact. It is the work of municipal architect Melcior Vinyals Muñoz, who remodeled it into an industrial bourgeois residence of the time, following the modernist style.

While the furnishings are not the originals, they have preserved the mural paintings, relieves, and stained glass windows… You can also visit what was once its garden, now a park.

It is true that there is a strong Roman and Visigoth influence in Terrassa, but you will also find plenty of monuments that have survived since the Middle Ages. The most noteworthy would be the Castillo Cartuja de Vallparadís, which dates back to the 12th century and became Carthusian between the 14th and 15th centuries.

You can reach it from Seu d’Ègara by crossing a small area of the Vallparadís park. Historically and artistically one of the most important monuments in the city, not to mention one of the biggest urban parks in Catalonia, nearly 100 acres. It isn’t the only place related to the Middle Ages that we recommend, though—you should also visit La Torre del Palau tower, the only part that remains of the old Terrassa Palace Castle.