In any tourist guide of the city, they advise to visit the Central Market of Sabadell. Not only because it is one of the oldest monuments in the city, but also because of its lively atmosphere and the wide variety of stalls inside.

The history of the Central Market of Sabadell

The area where this structure is located today was already used in the past as a marketplace. According to Joan Alsina, a historical researcher, in the book written in Latin, Liber Feudorum Major, there was already a medieval market in this area in 1064, known as ‘Mercato de Santo’.

This point in the city became a lure for merchants and farmers from all cities. Centuries later a building was raised, but the construction was deficient. It was not until 1910, when the city began to grow, that the project was given to the architect Josep Renom i Costa, who was in charge of reconstructing the building to what we know today.  In 2004 several renovation works were carried out.

Without a doubt, Sabadell’s Central Market is a monument worth visiting; typical of the constructions at the end of the dictatorship of Miguel Primero de Ribera, and the beginning of the Second Republic.

It was built as an irregular quadrilateral, with a basement that was originally an ice factory. Right now this space is used as an underground car park. A curiosity about this building is that during the beginning of the Second Republic it was closed because the previous government did not pay the cost of its construction and maintenance.

All of the local food in one place 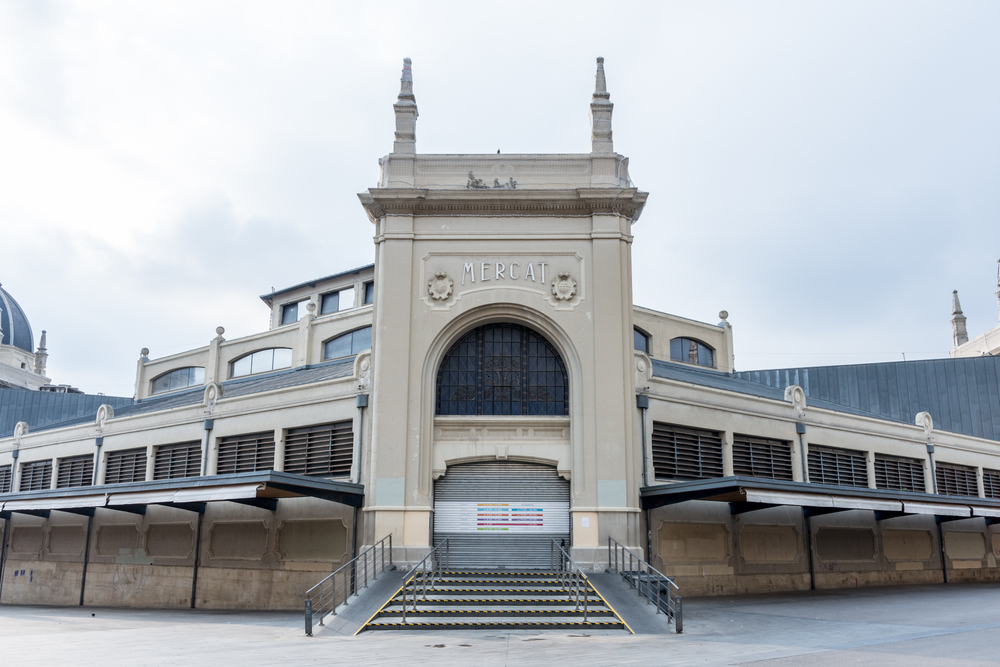 Are you passionate about gastronomy? Do you love to cook using fresh materials? The Central Market of Sabadell is the perfect place for you.

Inside this beautiful building, dozens of stalls are waiting for you, all of them with the freshest materials; fish, meat, fruit, vegetables… and also many typical sweets in the area!

You can spend many hours walking through its corridors to see all the stands and be sure you will take home more than one bag. Take the opportunity to get hold of exclusive products from the region, because you will regret it later.

After the shopping, a little break

Be sure you’ll end up very tired if it’s your first time in Sabadell’s Central Market, as you’ll want to go through all the stalls to make sure you don’t leave anything behind.

To recover your strength you have two options: having some tapas in one of the bars inside the market. A fantastic option, as all the tapas are made with fresh products from the same market. Or you can go outside the building to eat a typical dish of Catalan cuisine in one of the restaurants near the market.

Both options are great for enjoying a good meal while resting your feet. And be sure that, in both cases, you won’t regret what you are going to eat, because it will be delicious!